Surbiton is an area of South West London located within the Royal Borough of Kingston upon Thames. It is situated next to the River Thames, south west of Central London.

Surbiton was created during the 19th century after border lines were altered to accommodate the new London to Portsmouth railway line. Children’s writers Enid Blyton and Alfred Bestall (the creator of Rupert the Bear) are among Surbiton’s most famous historical residents.

Thanks to its plentiful green spaces and riverside location, the area is popular with young families. Many of Surbiton’s schools do well and some are rated “Outstanding” by Ofsted. Property prices are relatively more affordable than neighbouring Kingston, and as such many people buy their first family homes here.

Surbiton has a bustling town centre, focused around Maple Road and Brighton Road, with a mix of high street stores, supermarkets and independent stores, as well as a good selection of pubs and cafes. The Pickled Pantry is a popular traditional coffee shop serving up homemade cakes and coffees. There is a monthly farmers’ market held in the town.

Often nicknamed “Surburbiton”, the area has a desirable mix of low crime rates, quality housing and copious amounts of green space, parkland, and river walks. Surbiton also has a proud sporting history with football teams and a tennis club, as well as the more well-known Surbiton Hockey Club and Surbiton Croquet Club.

Queens Promenade is a long narrow stretch of land along the banks of the river where restaurants, bars and cafes are located. The Harts Boatyard is a riverside pub and restaurant serving classic British dishes, real ales and fine wines. The Anglers, just along the river in Teddington, specialises in BBQs, hog roasts and seafood specials, all served on a beautiful terrace overlooking the water.

Surbiton has a mixture of art deco courts, modern residential blocks, grand 19th century townhouses and semi-detached properties. Surbiton Court and Maple Road are among some of the most popular streets, while Woodland Road and Corkrand Road in the Southborough conservation area command the heftiest price tags. Apartments with river views located on Surbiton Road and Portsmouth Road are well-established favourites that are always highly popular. 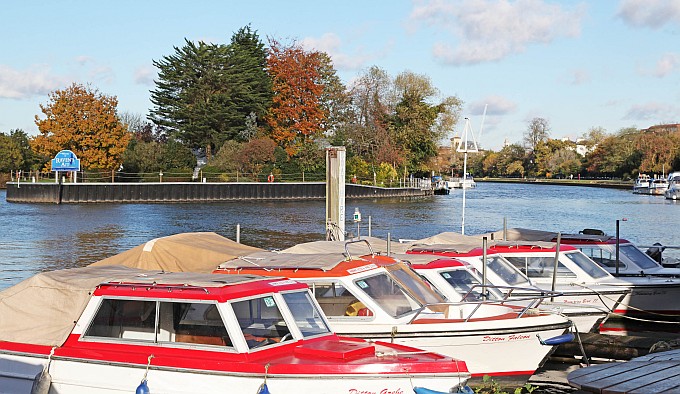 The River Thames at Surbiton

There are numerous activities and attractions to be enjoyed along this stretch of the River Thames. Some highlights include:

As the largest independent specialist selling and letting riverside properties in the Surbiton KT6 area, very few people know the Thames like us.  From tide times to local river events and the best waterside restaurants and pubs, riverhomes estate agents have the river knowledge.

Get the low down on watersides developments

If you are thinking of moving, talk to us. Get in touch with the waterside property experts at your local branch or request your free, no-obligation valuation.