Light Vessel 93 is a remarkable ship. She is an iconic former Trinity House lighthouse vessel, lovingly converted by her celebrity and advertising photographer owner into a home and a location for photoshoots and filming.Accommodation consists of six bedrooms in total, four of which are crew cabins, complete with the original 1930's mahogany furniture, one of them en suite. The stern houses the large skipper's cabin and separate storeroom and a new master cabin and bathroom occupies the top level of the wheelhouse. The vast master bathroom showcases a 19th century French copper bath. A large open space galley and messroom are fitted with iconic English Rose furniture.At over 75 square meters the former engine room provides an amazing and versatile space as a studio and for entertaining. Further large and flexible spaces are found in the former cable store, now a daylight studio, and the upper store, now used as office space. There is vast storage space available throughout the vessel.Breathtaking views over the docks can be enjoyed from the lighthouse tower rising 45 feet from the water level. Hundreds of square meters of open deck space on multiple levels offer further options for events, photoshoots and filming, leisure time and entertaining. The philosophy behind the renovation of the ship has been driven by a deep love and respect for the heritage of the vessel.

All aspects of the refit have been at length researched through an extensive collection of photographs and ship drawings spanning the entire work life of the light vessel, from its construction in 1938 to its retirement from service as a North Sea lighthouse in 2004.

All replacement lighting, doors, timbers, portholes and fittings have been sourced from marine and architectural salvage firms or directly from shipyards.

Over a period of fifteen years Light Vessel 93 has played host to a large number of high profile photoshoots and filming ranging from fashion stories and celebrity portraiture to music videos, commercials, films and documentaries.

Light Vessel 93 has been featured in Coast Magazine, World of Interiors and Elle Decor.

It is the backdrop of two Vogue magazine cover stories and innumerable editorial and commercial productions, bringing on board talent as varied as the Arctic Monkeys, Mumford and Sons, Olga Kurylenko, Andrew Garfield, Daniel Radcliffe, Jessie J, Billie Piper, Dermott O'Leary.
It has hosted some of the world's most renouned photographers, such as Ellen von Unwerth, Mert and Marcus, Ruven Afanador. 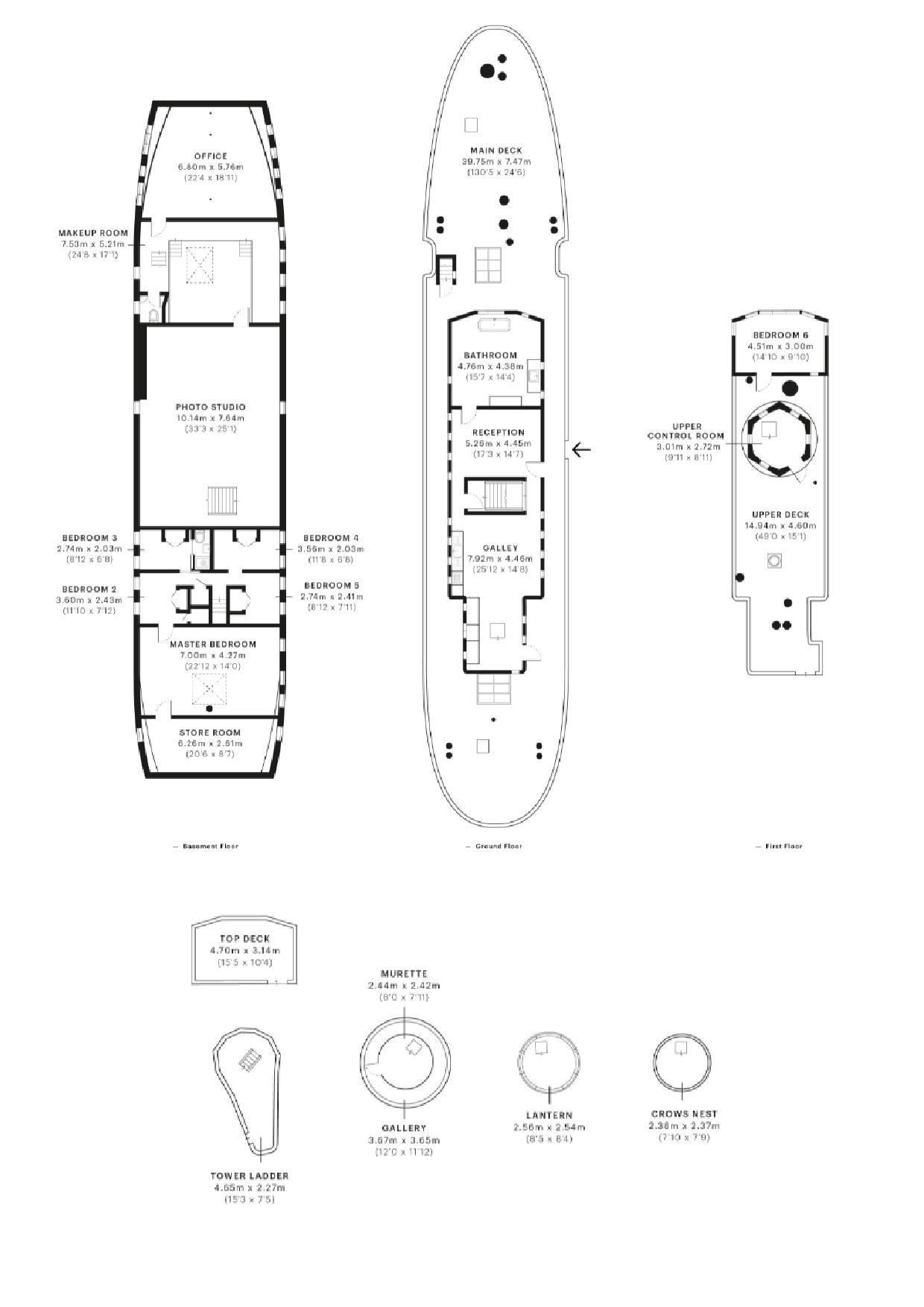